Savannah and Evan had a beautiful, organic ceremony and reception at Oyster Bay Yacht Club.  We loved working with Savannah and creating her romantic, natural floral vision. 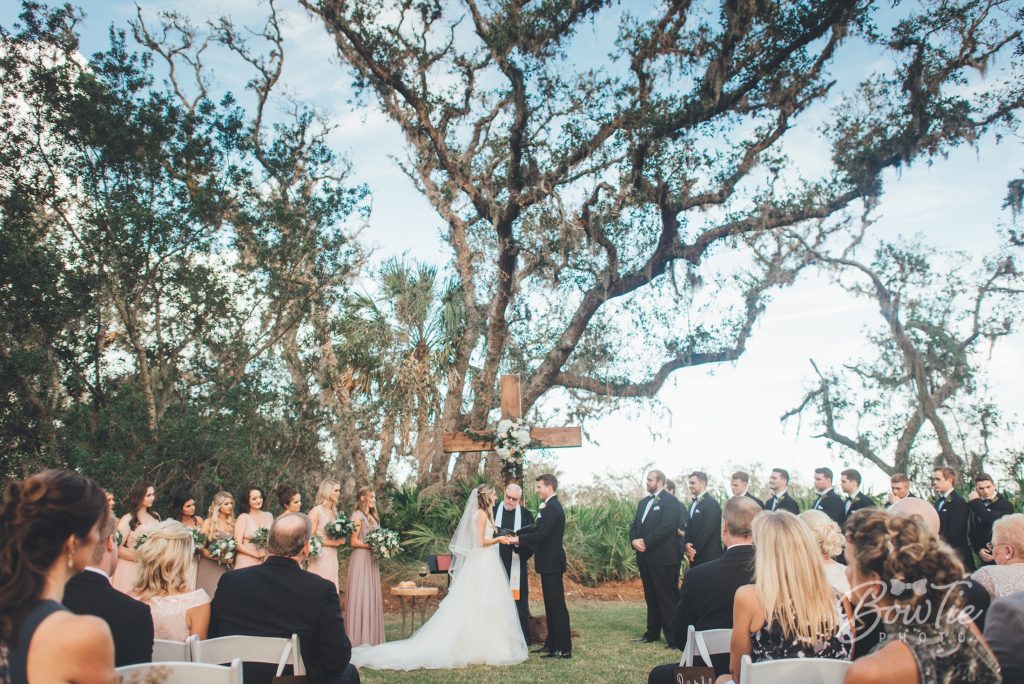 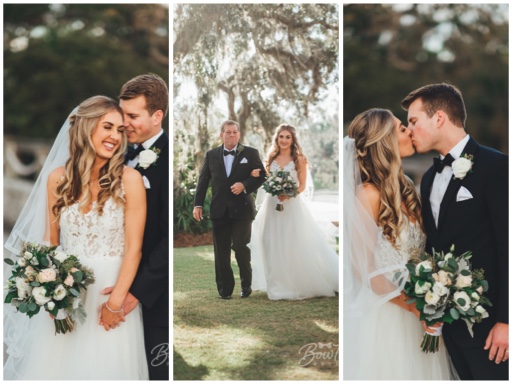 Savannah carried an organic bouquqet created with mixed foliage and touches of white and blush flowers. 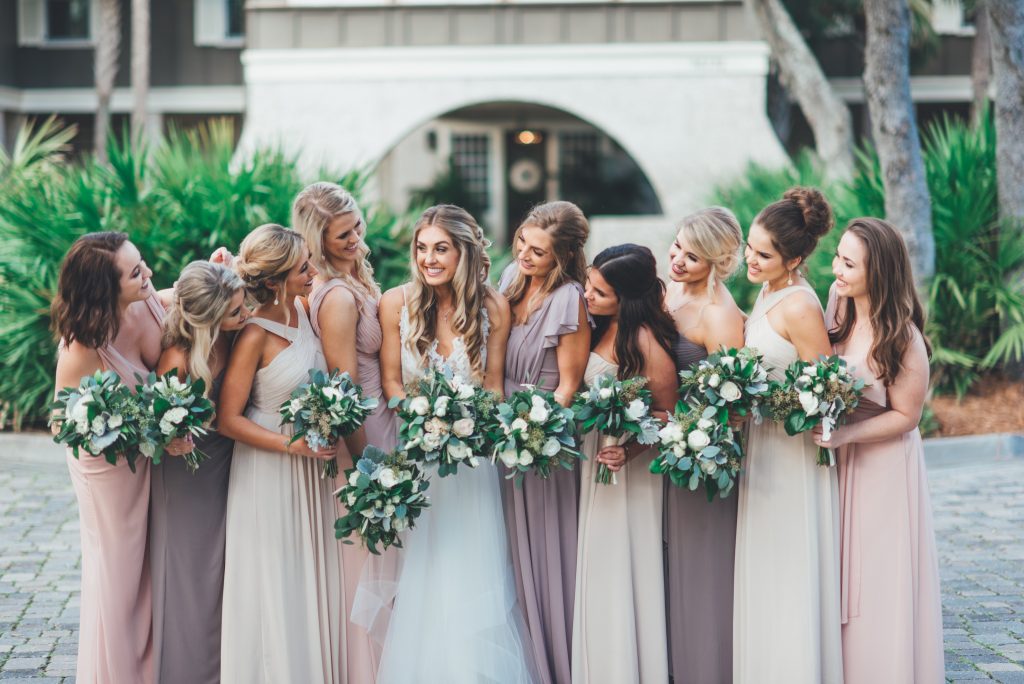 Savannah’s girls carried smaller versions of her bouquet.  They were mostly greenery with touches of white flowers. 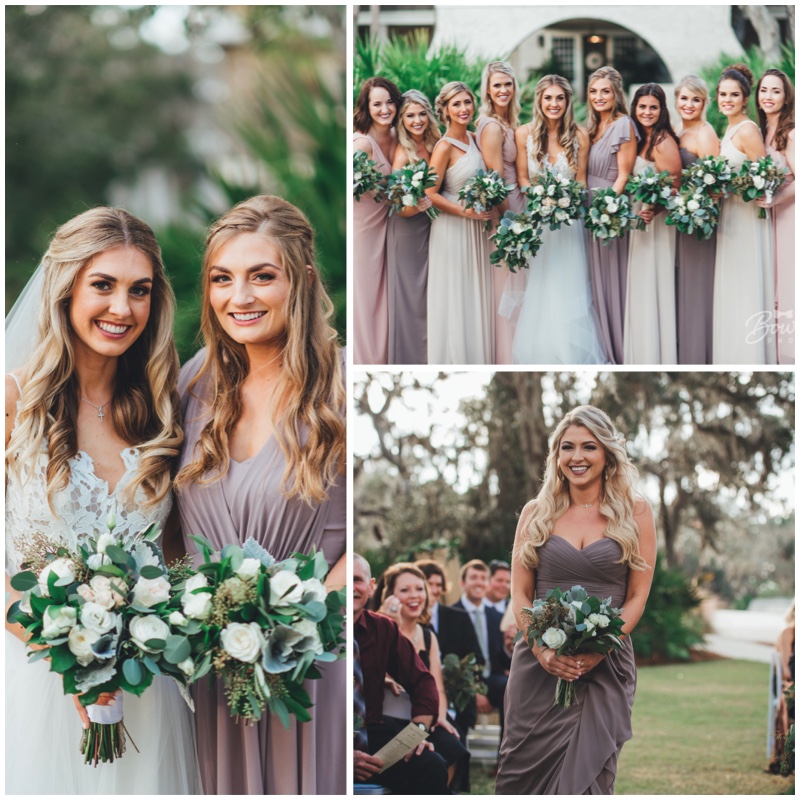 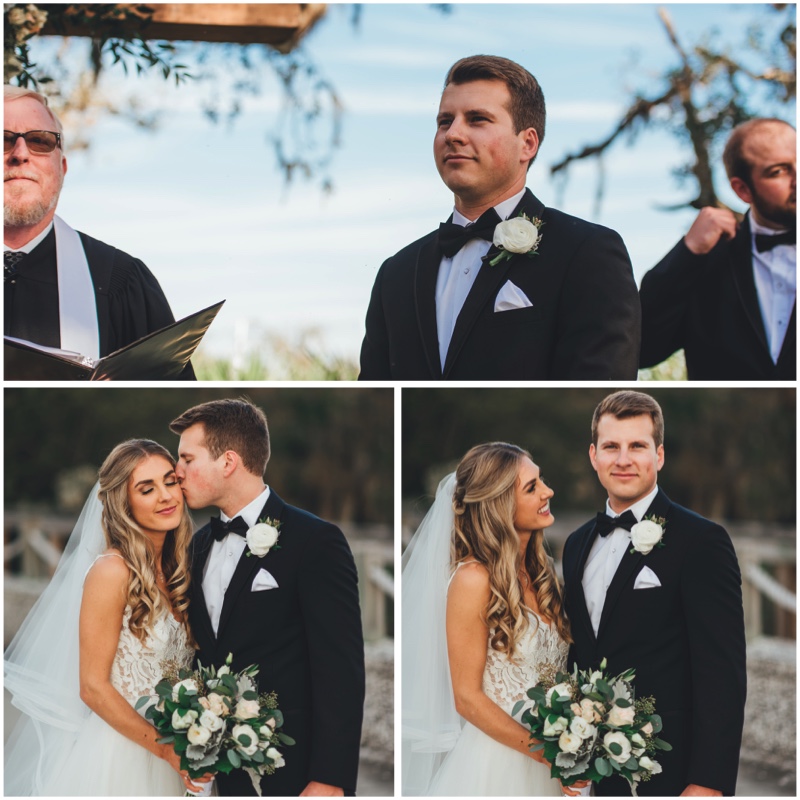 Evan’s boutonieer was created with ranunculus and foliage. 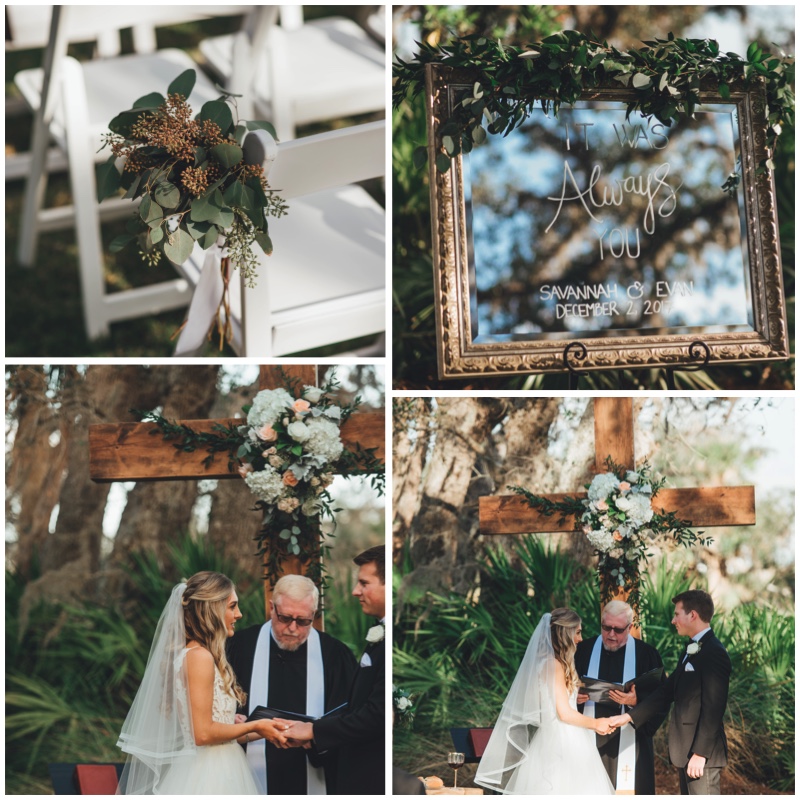 Evan and Savannah said “I Do” in front of a beautiful cross adorned with an arrangment of greenery and white, peach, and blush flowers.  Aisle markers of eucalyptus and a welcome sign with eucalyptus added the finishing touches on their outdoor ceremony. 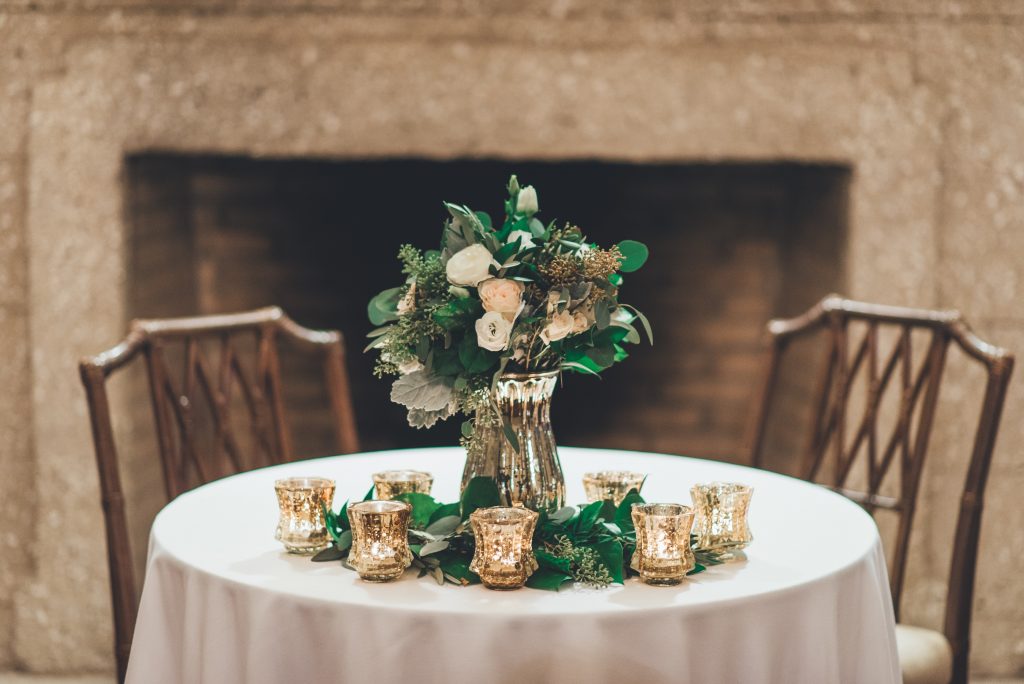 The sweetheart table had a mix of ecletic gold votive holders around a gold vase that held Savannah’s bouquet. 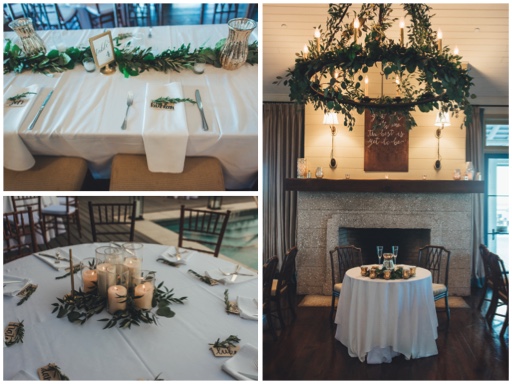 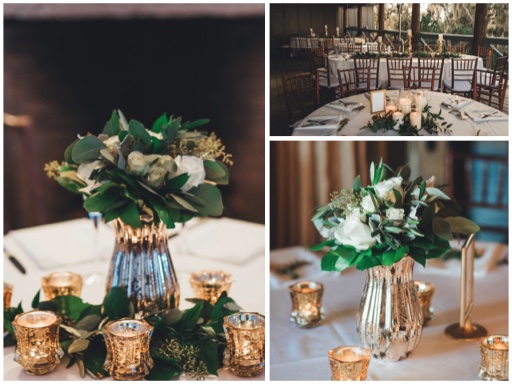 The chandelier was accented with ecalyptus and ruscus.  Guest tables had cylinder vases with pillar candles and touches of greenery around the base.  Banquet tables had gold vases that held the bridesmaids bouquets.  Mixed greenery was artfully designed between the vases.